Welcome to Mammoth Country! Who knew that five-ton prehistoric members of the elephant family used to live in our own back yard? And who knew that the life of at least one would end here, leaving us all to marvel at their existence today?

Mammoths and mastodons are no strangers to southern California. Special fossil deposits, like those at the La Brea Tar Pits in the heart of Los Angeles, have given up remains of mammoths over the last century. From time to time, they have turned up during the extensive urban and suburban development that has occurred over the last several decades.

Every discovery of a visitor from the past like a mammoth is exciting. But the story and journey -- of discovery that occurred in Moorpark in late March and early April 2005 is different and even more important and exciting.

Watch NBC 4's coverage of the discovery of the Moorpark Mammoth:

From paleontologist Trevor Lindsey, who was working on the Meridian Hills construction site at the time of the discovery: 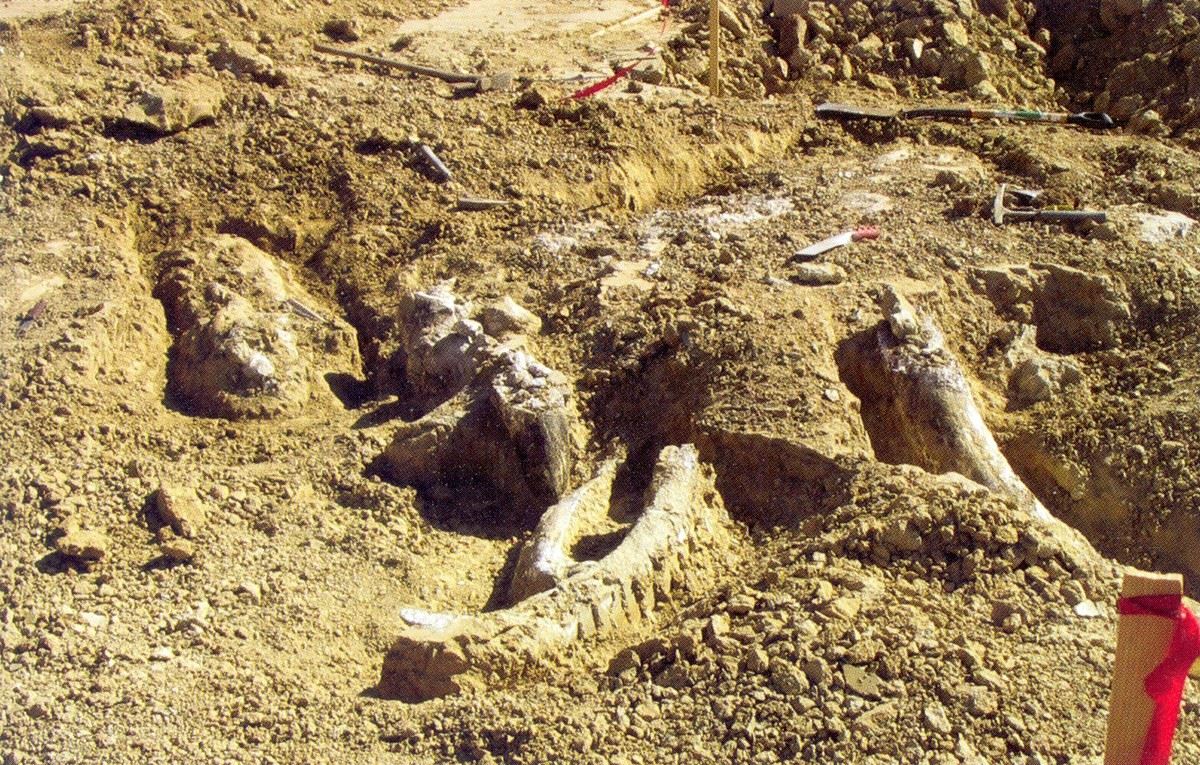 Back in 2005, I was the sole paleontologist working on the William Lyons Homes Meridian Hills construction site.  Because the native soils around Moorpark are known to have important fossil resources, monitoring of construction by a qualified paleontologist is required by law.  I had been on the job six months at that point and found nothing remarkable.  The night before the discovery, one of the bulldozers was ripping the ground with multiple 3’ long claws in order to soften the ground for the eleven massive scrapers which would start work on that area in the morning.  As I walked behind the dozer, I noticed some small bone fragments being brought to the surface by the rippers.  Work ceased for the evening, but I knew that something was under the surface, so I was on site early the next morning to closely watch the earth removal by the scrapers working that day.  As the third scraper passed over the area where I noticed the bone fragments, I could see the telltale smear of white within the brown soil.  I immediately diverted the scrapers to work in a different area, and I secured the area with flagging to keep the machinery out of what was now a fossil site!

The bones were still deep in the soil for the most part, but the huge blade of the scraper had destroyed most of one of the tusks, and it shaved off a portion of the back of the skull.  Various bones and teeth were spread over an area of about 1,600 square feet, and one of the first diagnostic parts of the mammoth I uncovered was a tooth.  It was not just a mammoth tooth, but it was a very unusual one which I recognized as a molar from a southern mammoth (Mammuthus meridionalis), which is the first species of mammoth to enter North America via the Bering Sea Bridge.  I knew the soils in this area to be approximately one million years old, and the age was verified by the discovery of an extinct rodent, known to have disappeared around 850,000 years ago.  A soil sample was also taken to determine where polar north was at the time the mammoth died, and it was the reverse of what it is today.  The last time this occurred was over 750,000 years ago.  Many of my colleagues did not believe that I had found a southern mammoth because only five other examples have ever been found in California, and they all were found far inland at Anza Borego, but the tooth and the early age verified that it was indeed the only southern mammoth ever found along the California Coast.  Once I could see I was dealing with an almost complete mammoth skeleton with nine foot tusks, and standing about thirteen feet at the shoulder, I knew I needed help to excavate, map, and remove the massive bones, so I contacted another environmental firm who provided a wonderful team of fellow paleontologists to collect all the data needed, and to get the bones safely plaster jacketed for transport.  While I oversaw the excavation, having an excavation crew gave me the freedom to continue monitoring the machinery and continued earthmoving activities on the site.  I was able to find many other animal bones on site including horse, camel, mastodon, and even another species of mammoth. 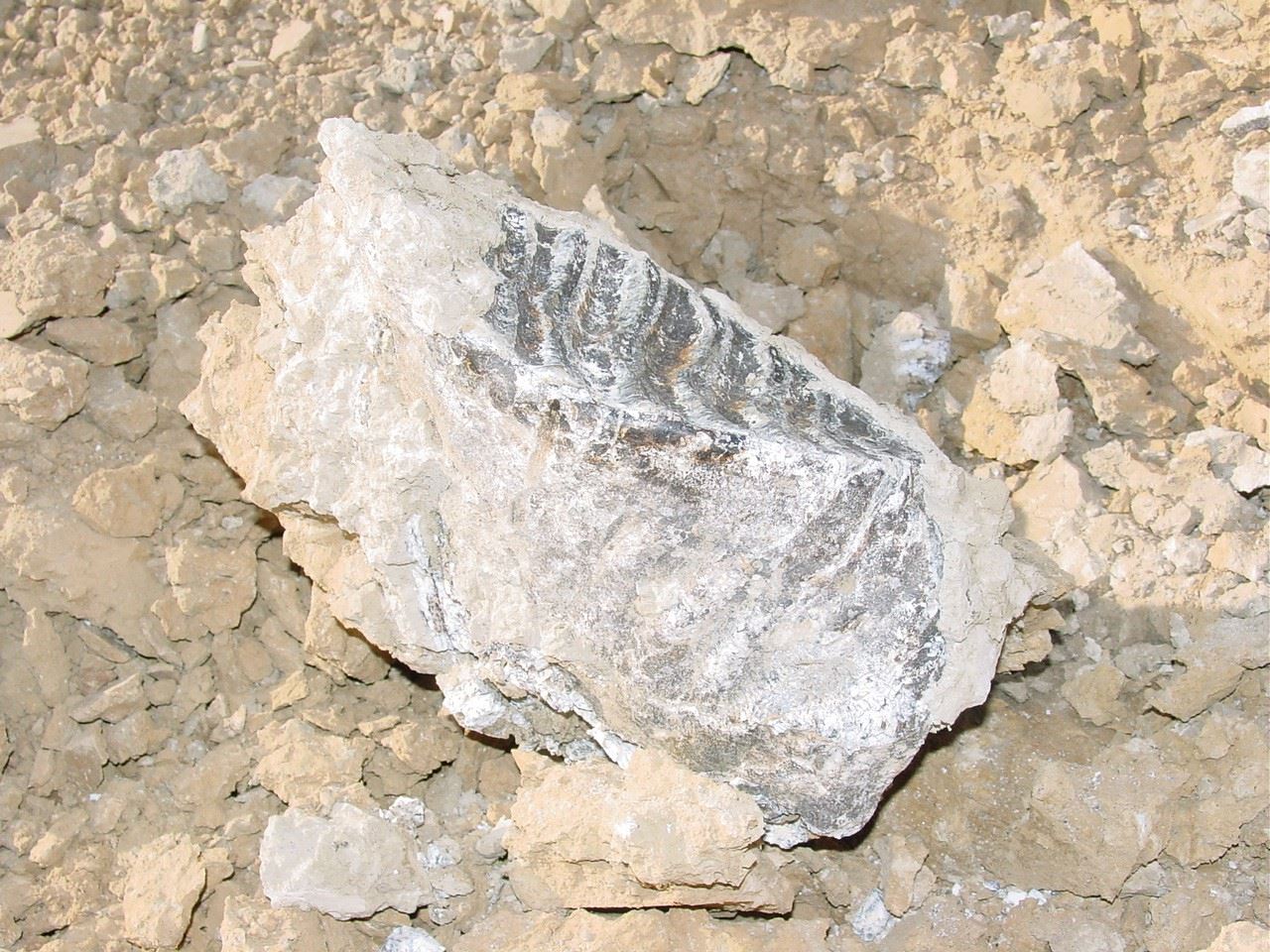 Once the bones were removed from the construction site, they made their way to a lab in Orange County where they were partially cleaned and stabilized for faunal identification.  This work took over a year.  It was at this time that the City of Moorpark needed to make a decision as to where the bones would end up.  After about two years of the fossils sitting in limbo, I was able to negotiate with The Santa Barbara Museum of Natural History to have them accept the bones for curation and display in their Paleontology Hall.  It took years of cleaning and stabilization of the bones at the museum by me and volunteers, but the mammoth skeleton and associated faunal bones are now fully prepared and waiting for their next phase in the education of children, adults, and the scientific community.  Currently part of the mammoth is on display at the museum, but things will change.  The museum has plans to expand the Paleontology Hall, and to be able to display three completely articulated mammoth skeletons; one of which will be the Moorpark Mammoth. With the help of public and private donations, it will eventually become a reality.